What Is A Stink Bug?

Also known as the Brown Marmorated Stink Bug, the BMSM is one of the most well-known and recognized pests in North America. Although this is the case, there are still tons of things that are unknown about this creature. Things that could further the help of eradication. The bug just recently made its way to North American from Asia. It gets its distinctive name from the fact that it secretes an offensive smelling odor from its small glands, located on the thorax. The bugs usually only do this when they feel threatened or are squashed. This is just another of the many things that make elimination tricky.

The first United States town they were discovered in was Allentown, PA in 1996 and have since been found in several states, including Ohio, Michigan, and Pennsylvania. These bugs can grow to be as big as ¾ of an inch, but usually, just vary anywhere from ½ inch to ¾ inches. This is right around 12 to 19 millimeters. The bugs are brownish-gray and easily identifiable thanks to the triangular plates on their back. The plates are usually brown or gray as well, while there are white stripes on the antenna. These bugs might sound exciting and interesting, but they are anything but once they invade the home.

As a matter of fact, they can become quite a nuisance, and this is amongst one of the many things that you’ll learn below.

Why Are Stink Bugs In Ohio?

Just about every Ohioan is familiar with the Stink Bug by now. One reason for this is because these bugs are what are known as overwintering pests. This means they seek shelter indoors during the late fall and early winter. They usually enter the home through tiny cracks and crevices. Now, if you are like most people, you are probably wondering why these pests were introduced into the States in the first place. That’s a good question and an even better observation, as these pests did not just make their way here to America from Asia.

No, they were released. And, the reason for this was aphid control. They were released as a means of agricultural control. They feed on aphids in gardens and orchards. Aphids are other troublesome pests or insects that destroy delicate crops. Crops like fruits and vegetables. With their time in America, these bugs learned how to survive winter. They did so by migrating to nearby buildings and homes.

If you’ve paid close attention to the above, you can already see how these critters can be a nuisance. Well, that’s about all they are. Because they do not transmit or carry diseases, they don’t pose any human health risks. They do secrete that offensive smell, but it is just a smell. The smell doesn’t give off any physical harm. What’s even more impressive is, these bugs don’t do structural damage. They might burrow inside your home, in the wall, but they do not gnaw on wood, eat electrical wires, or do anything that could be damaging to the foundation. This is a huge plus considering the damage that other known pests do.

How To Eliminate Stink Bugs

Just because Stink Bugs aren’t a physical threat, it doesn’t mean you want to live with them. Just the thought is enough to give some people the willies, and this is completely understandable. That being said, eradicating the creature won’t be as easy as one would wish. The best way to usually tackle the situation is by simply vacuuming them up and then disposing of the contents outside in a canister located sufficiently away from the home.

However, these critters can and will make their way back inside the home if not disposed of properly where they can’t escape. Another thing to consider is the offensive smell. When you are vacuuming the critters up, they may activate their glands. This is why it is best to leave the job to a professional. Although the smell will eventually fade away, it can seep into your clothing, furniture, and hair. Let’s just say, it’s not a smell you’ll want in the home.

Can I Treat Stink Bugs Myself?

You just learned about vacuuming Stink Bugs. While this is a good method of elimination, it is not entirely effective. There’s no guarantee you’ll be able to get all the bugs and the even bigger risk is the smell. During the process, it’s likely these bugs will activate their glands. There are pesticides available and these are probably your best option. However, the over-the-counter bi-products aren’t as effective as the one’s professional pest management companies like ours use. And, the main reason for this is because these chemicals contain ingredients that are illegal to the public.

It takes trained and licensed professionals to legally buy and handle the chemicals needed to eradicate Stink Bugs. Although you might have some success with over-the-counter and DIY Stink Bug treatments, you’ll save yourself a ton of money and trouble by giving us a call the first time around. With our 30-day follow-up inspections and 100 percent satisfaction guarantees, we make sure we have eliminated the problem to your liking.

How Much Will Stink Bug Treatment Cost?

Unfortunately, it’s hard to put a square number on Stink Bug treatment. And, this is because there are so many factors that can affect the overall price. The type of infestation, the spread of it, the location of it, and even the size of your home can all factor in when it comes to cost. All we can say is, we’ll treat your fairly, and when we give you a quote, you can rest assured that’s all you’ll pay when the job is done. There will be no hidden fees.

When Will You Get Here?

It probably doesn’t take a genius to see that we are a premier pest management company offering the best of the best to the residents of Toledo. Although this is the case, we are always more than willing to adapt and accommodate. Whether you have questions, concerns, or just want to talk about Stink Bugs, you can give our offices a call. That being said, if you find yourself in need of emergency services, feel free to give us a call, as we always have someone trained, ready, and standing by for such situations. 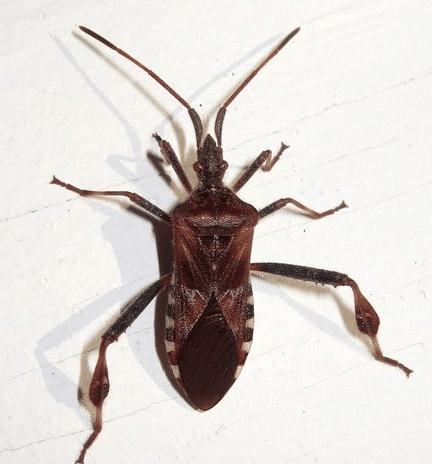