What Is A Ladybug?

In Toledo, Ohio, you’ve had at least one or two run-ins with ladybugs. Maybe it was during a family outing at the park, maybe it was during a picnic in the backyard, or perhaps, it was during a neighbors cookout. Wherever you saw these members of the Coccinellidae family, you might not have perceived them as a threat. Being a member of the beetle family coupled with their small stature of just ½ inch, it is hard to see the bug as anything more than a nuisance. Their scarlet, orange and yellow bodies make them distinctive insects while their solid black legs, heads, and antennae make them similar to other known insects.

There are over 4,000 species of bed bugs located throughout the world, but there are only 450 or so that are native to North America. Most people don’t consider these pests more than that, a pest. And, when you consider that they don’t transmit or carry diseases, it’s easy to understand why this is the case. Some people even consider the ladybug a useful insect because they have a propensity to see on other aphids like mealybugs and mites. The Mall of America just recently released over a million of these bugs to help with aphid problems in their gardens and orchards. All in all, ladybugs are an interesting bunch, but there is a lot more to be known about them.

Why Are Ladybugs In My Home?

Ladybugs are considered a benign pest for the biggest part, and it’s understandable as to why this is the case. This pest, although somewhat new to North America, is gaining quite a notoriety. This is because they have a propensity to feed on other troublesome critters. You can see how the ladybug could be a useful insect, but they’ll be anything but useful when they are in your home, invading your walls and life. All this being said, ladybugs only invade homes and buildings during the early winter winters and late fall. This is because they are looking for protection from the upcoming cold weather. The pest was only released in the Twentieth Century as a means of aphid control in commercial gardens and orchards.

The only problem was, the pest couldn’t handle the harsh elements of the winter. The cold winter weather killed them, and this is why they started learning how to migrate inside homes and buildings. Most of these critters will take up residence inside walls, facing the sun for warmth.

Are Ladybugs A Major Threat?

You learned that most people consider ladybugs a nuisance pest. And, that is pretty much all they are. There have been some reported incidents in Toledo where the beetle bit or nipped several homeowners, but that was about as far as that went. There was no allergic reaction or transmission of disease. They don’t carry parasites either, which makes them even less of a threat. The only real concern with these pests is the mess they leave behind.

They sometimes leave spots behind, and when squashed can leave spots. There are even reports of specific scents being associated with the bug. It has been said that when squashed the bug produces a faint smell. You can imagine how this could be a problem in a large infestation. Other than this, these bugs are not a threat.

Can I Do Away With Ladybugs Myself?

Although there are a variety of DIY ladybug treatments available, this is likely something you’ll want to avoid. The main reason for this is, ladybugs don’t build nests. When they take up residence in your wall, they aggregate rather than building nests. This means that they are easily adaptable and can move at the drop of a hat. They can survive on little and pack up and move at the drop of a hat. What this comes down to is, they’ll scatter. They’ll scamper off only to return later. In addition to this, most of the pesticides used to treat these pests aren’t effective, especially the ones sold over the counter.

This is why it is best to just opt for professional treatments right from the start.

When Will Help Get Here?

With our insight into the pest industry and our reputation in Toledo, we stay busy all year round. Combine this with the fact that we also handle a variety of other critters, and you can see how we stay pretty busy. That being said, it doesn’t mean we aren’t here for you. Whether you need emergency services, have questions, or just want to talk to someone about ladybugs, you can give us a call. If the situation is not dire, you can expect someone to be out at the property within the next 24 to 48 hours.

Do You Offer Safe Treatments?

Pesticides have long been used in the pest industry. This is because they are effective. However, they are only so effective and considered dangerous. This is why we take all the proper precautions when dealing with these chemicals. Our techs are all EPA certified and trained extensively on how to properly administer these chemicals. Along with all this, we do have some eco-friendly solutions available. Give us a call and we’ll send out an in-home assessor to come and evaluate your property. From there, we’ll provide you with a list of options as to how to can best proceed. 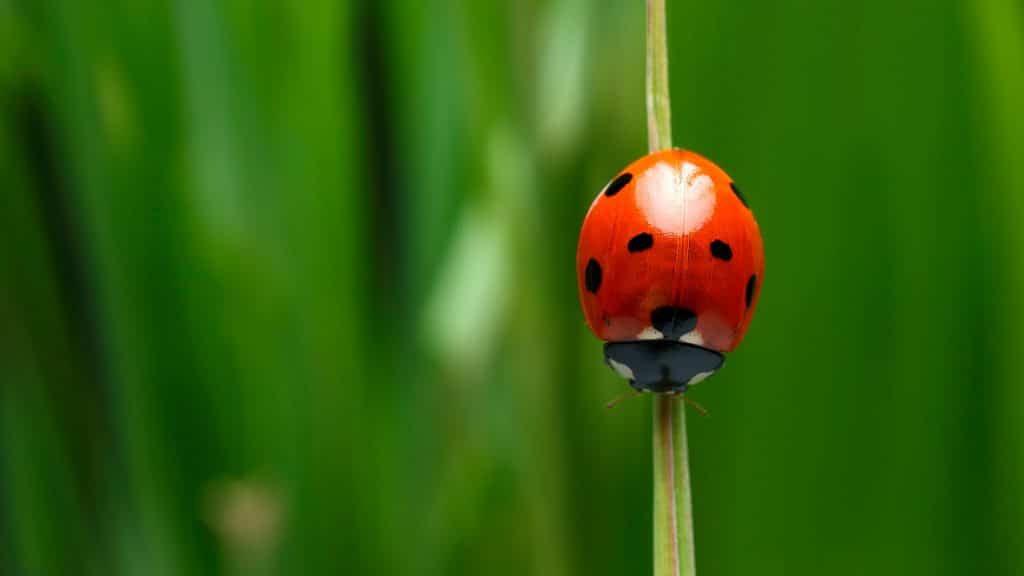