What Are Stinging Insects?

Hearing the name stinging insect brings distinct thoughts to one’s mind. You pretty much figure these insects are what their names say they are, stinging insects. Well, that’s pretty much what they are, bees, wasps, yellowjackets, and hornets all fall into this distinct category. That being said, these bugs also create with is known as the Hymenoptera family. Interestingly enough, the ant is also a proud member of this family. What’s even more interesting though, not all stinging insects pose a threat. Many would even be considered useful insects, as they are beneficial pollinators.

When all said and done, one can easily see the importance of being able to distinguish between these bugs. While some stinging insects might be aggressive and sting without warning, some are beneficial pollinators.

Is My Home Infected With Stinging Insects?

There are two very distinct ways that one can determine what type of stinging insect they are dealing with. The first would be, the appearance and location of the nest. The next identification method would be the appearance of the insect itself. Learn these factors and you’ll already be halfway on your way to successful elimination. At the very least, you’ll be a more informed homeowner, which is something every Ohioan could benefit from.

What Threats Do The Stinging Insects Pose?

There is no denying that stinging insects are dangerous. Heck, any insect even if it doesn’t carry or transmit venom should be considered dangerous if it can sting. This is because the stinging can sometimes have adverse mental effects on some individuals. They become so overwhelmed with the fear of getting stung that it consumes them. All that being said, not all stinging insects are aggressive. Most of these stinging insects mentioned above won’t even sting you unless they feel threatened.

A good thing to keep in mind is, the larger the colony, the more aggressive it’s going to be. Solitary subjects tend not to sting unless touched. Wasps and Yellowjackets don’t tend to sting victims unless they wander too close to their nests. The only problem with this is, nests aren’t always visible. As was mentioned, some nests can be constructed underground. When done so, one can easily creep up on a nest without even knowing it. Yellowjackets probably pose the biggest threat to humans, as they may sting repeatedly and their stings can be painful.

In addition to this, these stings might cause allergic reactions in some individuals. There have been plenty of reported cases of anaphylactic shock with bee stings. These will likely in the most serve of Yellowjacket stings.

Why Is My Home Infected With Stinging Insects?

Eliminating stinging insects can sometimes be dangerous. The reasons as to why this is the case are probably pretty obvious. This is why this is an undertaking that is best left to a professional with experience in the matter. That being said, there are plenty of over-the-counter or DIY sprays or pesticides, but these just aren’t as effective. Not only this, but they can be dangerous. This is because, for these treatments to be effective, they will need to be dangerous. Natural remedies, while they do work, just aren’t as effective.

When trying to eliminate a bee civilization, it is best to always attack at night. This is when the colony will be least active. This is probably the best possible way to tackle the problem if you are going to tackle it on your own.

How Much Is Stinging Insect Treatment?

We offer a variety of treatment options when it comes to stinging insects. Unfortunately, it is hard for us to give you a quote straight up as to how much treatment will cost because there are so many factors to consider. This is why it is best to know and understand the factors that can help determine the overall price of the job. Here are some of the things that will factor into how much we have to charge.

When Will Help Get Here?

With our insight into the pest industry and access to innovative tools, techs, and solutions, we stay busy all year round. That doesn’t mean we aren’t willing to adapt for our customers because we are. If not in need of emergency services, we can have someone out at the property within 24 to 48 hours after you make that initial call. If you require emergency services, we have people standing by for that as well. 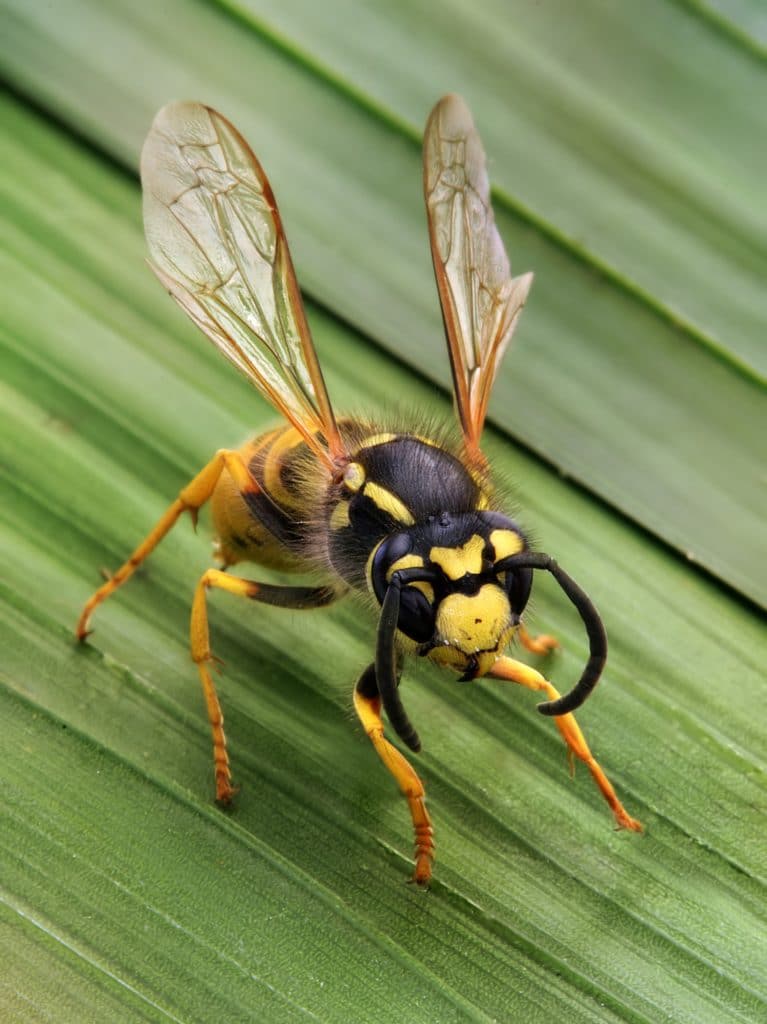